Halifax cyclists take to the streets for Winter Bicycle Week 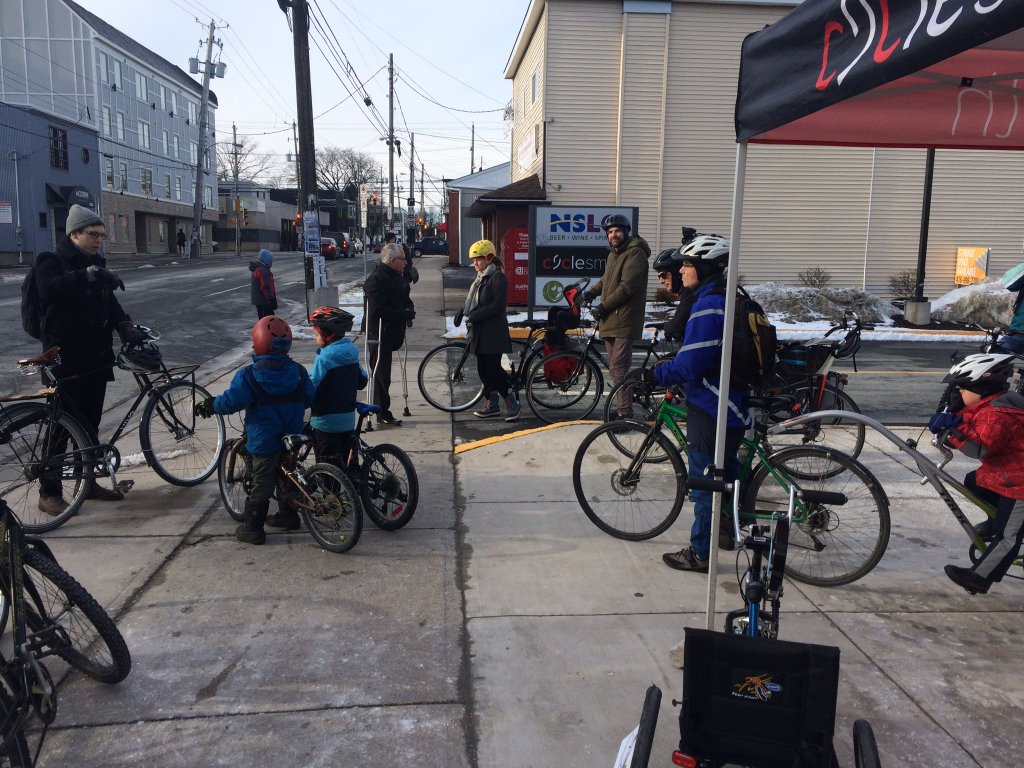 Halifax recently celebrated its second Winter Bicycle Week, a celebration of all things bicycle-related – and our northern climate. From February 5-12, over 250 people participated in bicycle rides, public lectures, professional development workshops, and other events to encourage year-round bicycling in Halifax. The Halifax Cycling Coalition believes that this is the world’s only “Winter Bicycle Week,” which was inspired by International Bike to Work and School Day, held this year on February 12th. 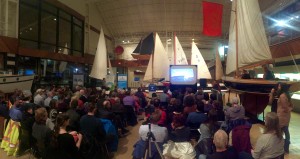 The Passion for Place Lecture at the Maritime Museum of the Atlantic. Photo: TJ Maguire

Our signature event this year was the Passion for Place Public Lecture, with keynote speaker Dale Bracewell, the Manager of Active Transportation with the City of Vancouver. The lecture included a panel with Bob Bjerke, Chief Planner for the Halifax Regional Municipality, Gaynor Watson-Creed, Medical Officer of Health for NSHA Central Zone, and Brendan Maguire, MLA for Halifax Atlantic. This great event was created through a partnership with Walk N Roll HFX, the Planning Design Centre, and Halifax Regional Municipality’s Planning Department. Over 100 people attended this lecture at the Maritime Museum of the Atlantic. Check back soon for a recording of Dale’s lecture. 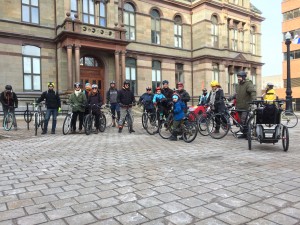 On February 6th we held our first ever Frostbike Ride. 20 cyclists, including two families (one had three generations present), joined us for a tour of some of Halifax’s newest cycling infrastructure. We started at Cyclesmith, then rode along Agricola Street through the new roundabouts, down the beautiful protected bicycle lane on Rainnie Drive, stopped at City Hall for a photo, then toured Hollis Street, the deserted waterfront boardwalk, the Seaport Farmer’s Market, and back up Morris Street to University Avenue, site of an upcoming protected bicycle lane project, then down Vernon Street to the new trail behind the now-demolished St Patrick’s High School, before riding a section of the Windsor Street bicycle lane all the way to Good Robot Brewing for some refreshments.

Throughout the week we also had stops at MEC, Cyclesmith, Halifax Cycles, the Dalhousie Bike Centre, and the Macdonald Bridge to thank cyclists who braved the cold, giving hot drinks and snacks to the most committed riders in town. On top of that we held lunch & learn sessions, professional development workshops, and much more to keep people talking about making Halifax a better place for cycling.

We’ll be back next year with even more. Don’t miss out – subscribe for email updates below!