Hollis Street is getting a bicycle lane 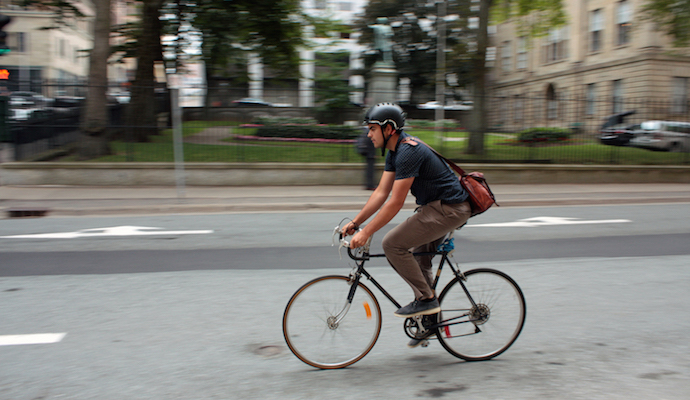 (Photo via the Halifax Examiner)

It has taken five years of hard work, but Hollis Street is officially getting a bicycle lane. Yesterday the city agreed to award the contract as tendered, and the lane should appear sometime in August.

For those keeping track at home, this lane was first approved in November 2010 as part of the Downtown Streets One-way Conversion Project. Lower Water street got a bicycle lane right away, but for some reason Hollis Street became a “temporary” parking lane. Each year the city announced the project was going ahead “next month.” Finally, this spring council once again voted to approve the project, only to put it on hold when bids came in over budget.

The Halifax Cycling Coalition quickly rallied our supporters and sent a flurry of emails to key decision makers. Ultimately, they made the right decision. Hollis Street is getting a bicycle lane.

Every new piece of bicycle infrastructure is a culmination of years of hard work by our volunteer advocates. Show your support by becoming a member today.