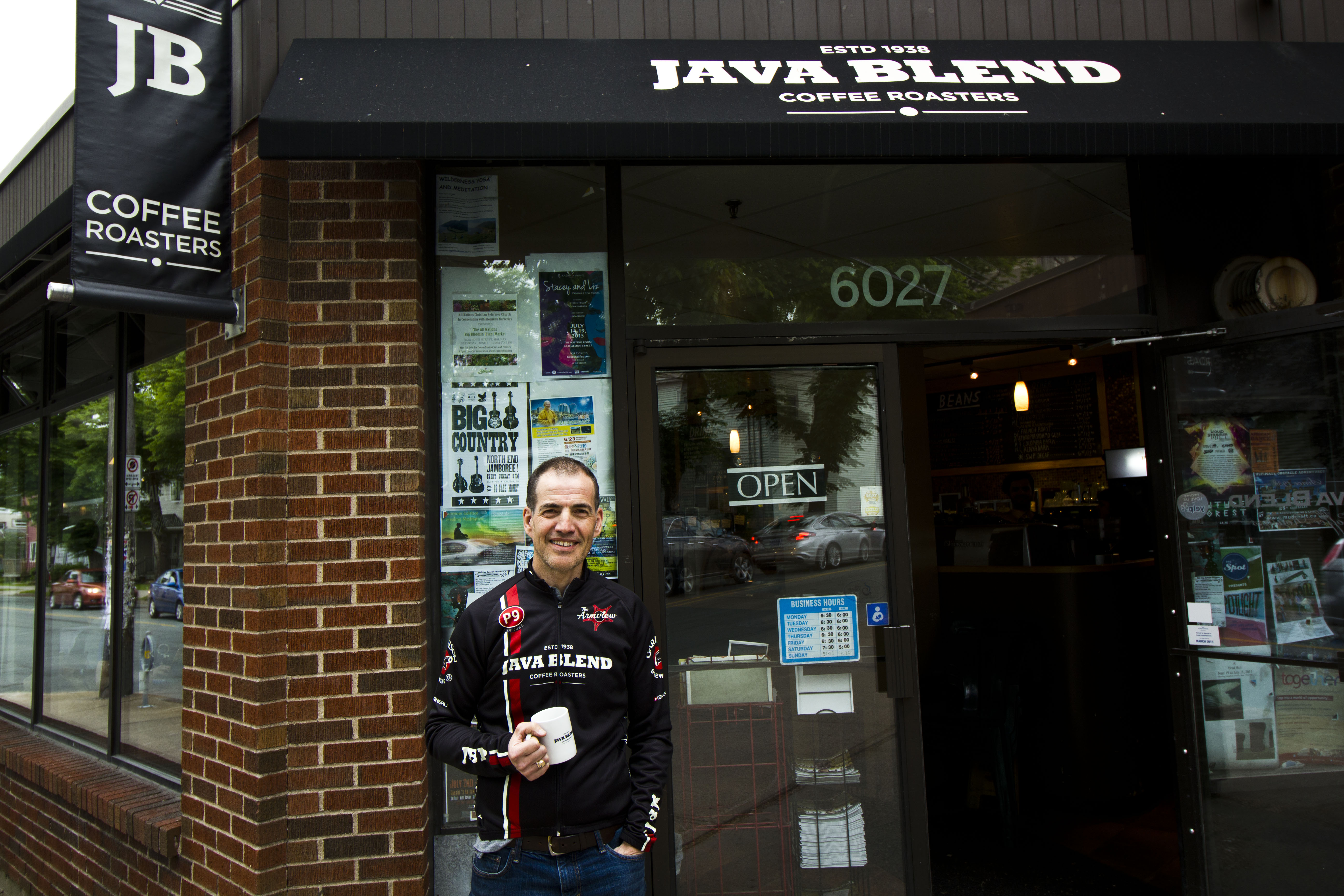 After over thirty years riding bicycle, for 53 year old Jim Dikaios it’s all about being a kid again. “My wife says: the older you get, the more like a kid you are.” he tells me in his office on an overcast Tuesday afternoon.

The owner/ operator of Java Blend on North St first found cycling in his early twenties. A triathlete at the time, he was on the road training alone when a group of riders came along behind and said ‘hey’. They suggested he join what was then the Joe Howe criterium around the commons. “I said, I don’t really race, but they said if you can hang with us you can probably do a road race — I went, and did it. I got dropped in probably the first lap ‘cause I didn’t know what I was doing… but I was immediately hooked.” he says.

He continued with some triathlon events for a little while, but pure cycling eventually became the main hobby — both as a meditative outlet, and social outing.

He likes to hit the road with like-minded pals, but also enjoys a good solo spin. “The times I get out by myself, it’s a huge stress relief”  says the small business owner, “I always come home from a ride refreshed… you know, your head’s clearer.”

His enthusiasm throughout the years has lead him to sponsor a local team, with special Java Blend kit — which you might have seen on local athletes, and at local bicycle-centric events. The team isn’t necessarily elite, but simply enthusiasts like Jim. It’s not a sales gimmick, but comes from a love of the sport… and coffee. “I always try to combine my two passions wherever I can.”

Besides sponsoring the team outfits, he’s also provided refreshments and occasionally set up a bike maintenance stand outside Java Blend.

He also believes coffee tastes better after a long ride… and beer ain’t too bad, either.

When it comes to biking within Halifax, though, he feels a little intimidated; citing narrow roads and some unfriendly interactions. “Some people really don’t like cyclists. I don’t know what it is… they haven’t really adopted the cycling culture” he says. “I’ve had every name thrown at me riding around the city.”

He says the best way to combat this negativity is to create more awareness within the city. Share The Road Bumper Stickers were a good start, for example. “I thought they were great, and they were brilliant, because they were all over the place and they get people thinking about people on the road, and safety.”

But he says the onus lies with the city, to make things safe and sustainable: “The more people you get on bikes and the less people you have in a car is a good thing.” He thinks perhaps some wider bike lanes, or slower speed limits could be the answer.

In the end it’s about having fun — however you can, by yourself or with friends. “It’s a good sport,” he says, “I don’t think I ever met a cyclist I didn’t like.” he concludes, “It’s a great culture.”