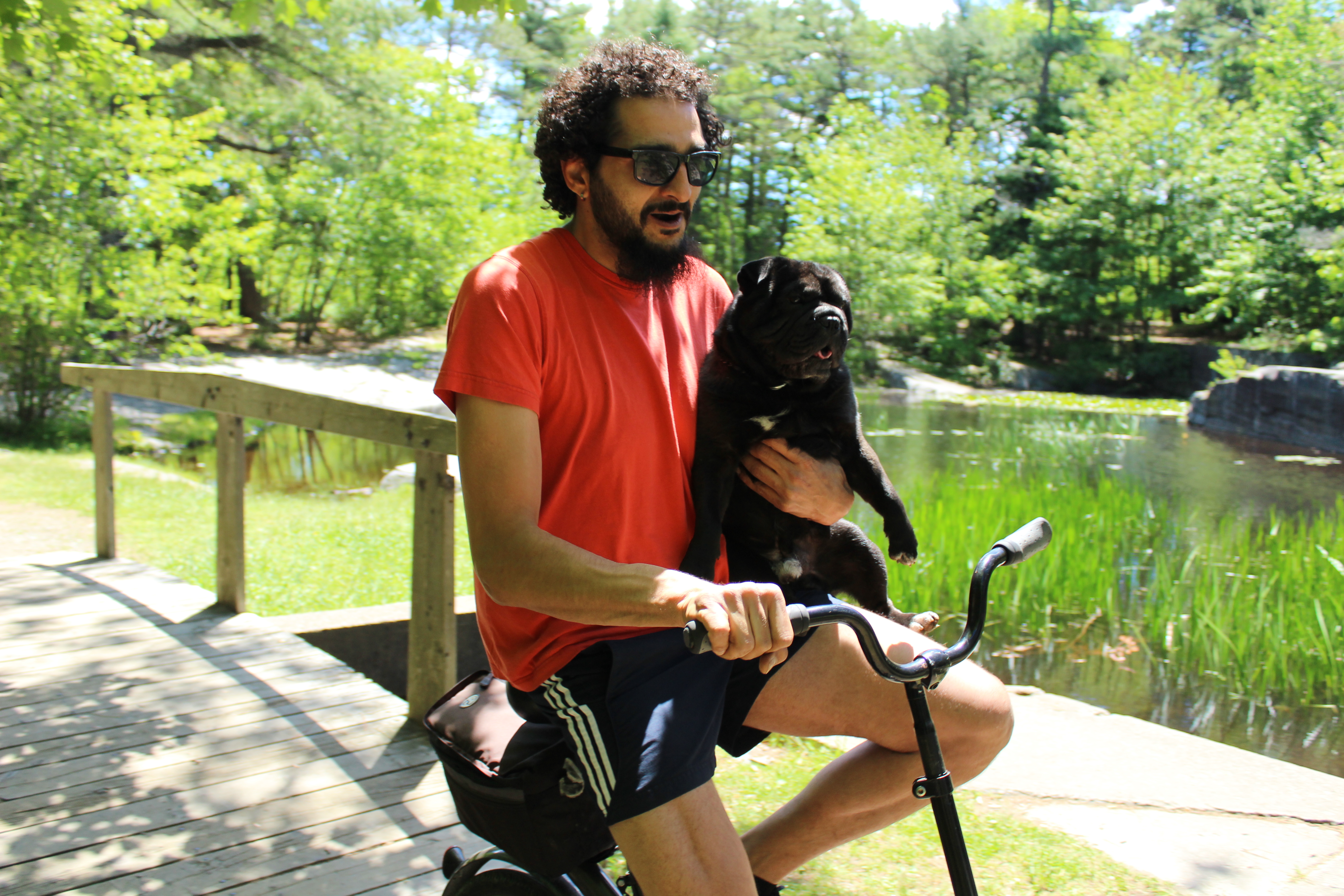 When Ghaith Sabri is granted his Canadian citizenship, he’s going to celebrate by cycling across the country.

“Let it take a few months,” he says about the trip. “Who cares.”

Taking off next summer, his trip will start in B.C. and end in Newfoundland. He plans to rig up his bike, allowing more space for camping gear and for Falafel, the three-year old pup he rescued from Sudbury, Ontario three months ago.

Falafel loves to ride with him, he says.

“I know it sounds crazy.”

Sabri, who’s been biking since he was five, is applying for his citizenship in the fall – a move he says he’s anticipated for years.

Immigrating to Canada in 2009 from Khatar, Pakistan, Sabri says he experienced the symptoms of depression from being unable to legally work. That’s when he started the Halifax Refugee Clinic Bicycle Program in 2012.

“I needed to do something that would make me feel better about myself – contributing, bringing something to the table. You’re not just idle.”

He started by gathering friends to ride with, but soon he was lending his seven bikes out and helping others experience the joy of cycling. The program now helps refugees deal with the stress of coming to a new country.

His favourite time to cycle in Halifax is winter, “because the life and death situation demands concentration.”

“In that moment you’re so out of all other problems in life: financial issues, immigration issues, family that you haven’t seen in a while.”

He also loves Halifax for biking because he says cyclists have an advantage over cars. And he adds the size of the city is ideal. 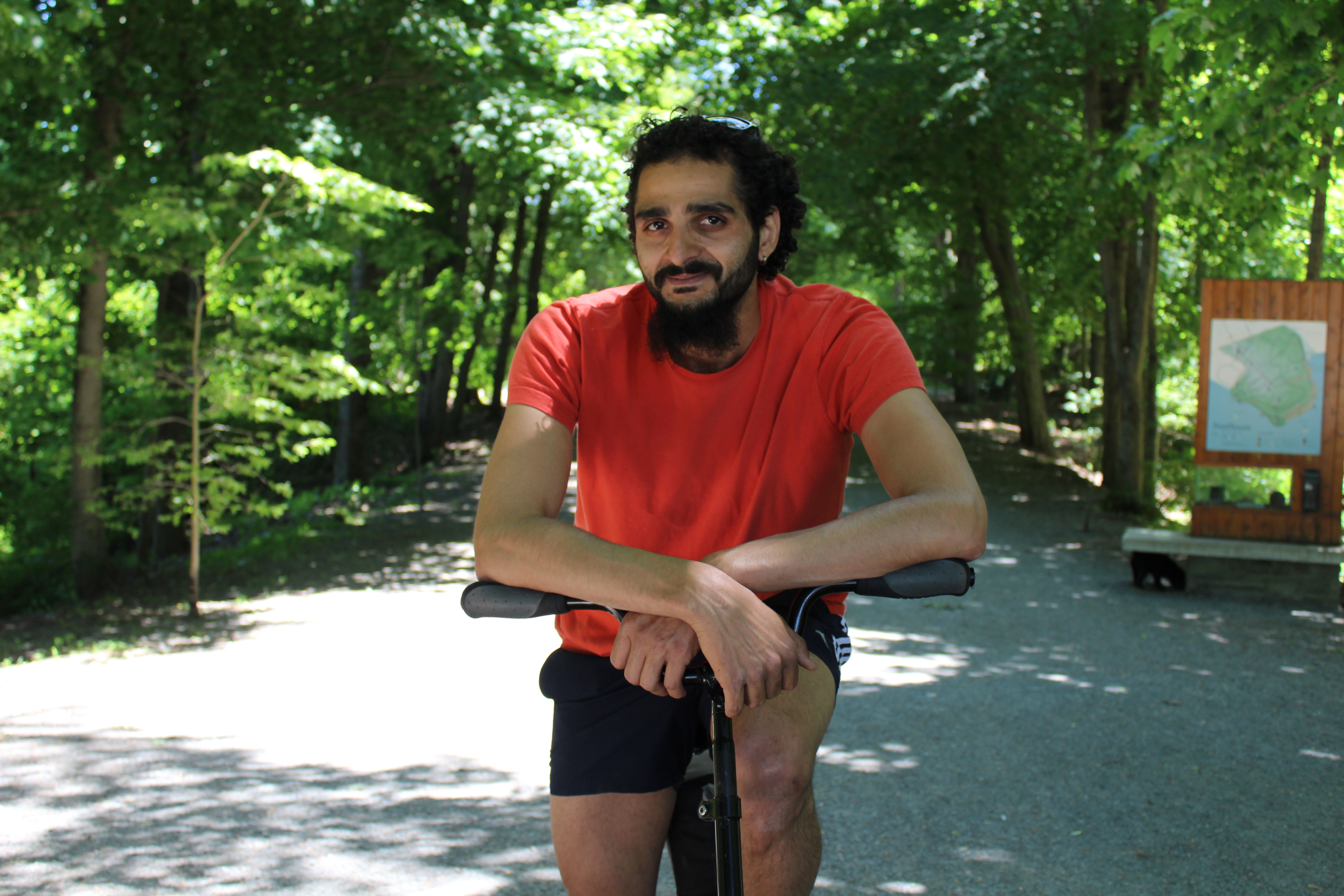 Sabri has been biking for as long as he can remember, since about five-years-old.

“The whole thing is a healthy journey. You’re packing good food, getting exercise… Life is balance, right? You can’t do too much this, too much that. You have to balance life in every single way.”

While cycling across the country, he wants to start a website promoting physical activity. He plans to post pictures of his progress, hoping to inspire others to “look after themselves and find a healthy hobby.”