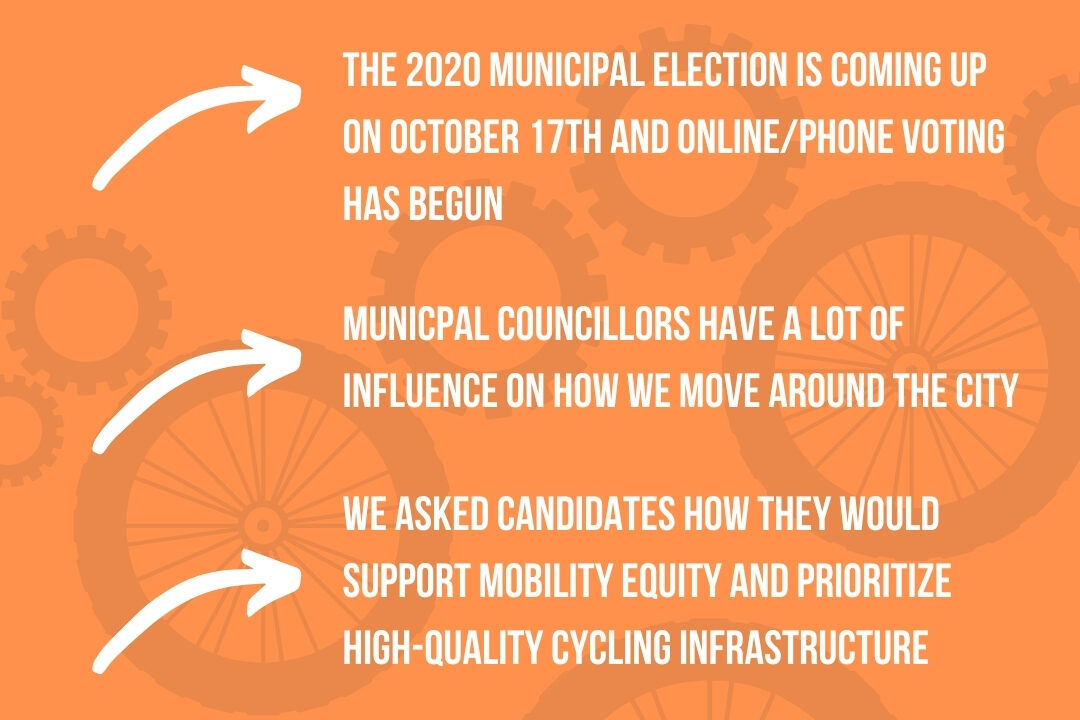 The municipal election is coming up on October 17th, 2020. Phone and online voting began today (October 6th) and advanced polling days are October 10th and 13th. If you care about getting around HRM safely by bike, you should care about voting in the municipal election. Municipal councillors make decisions that affect everyone who travels in the municipality, by cycling or other forms of transportation. They set policies and plans, like the Active Transportation Priorities Plan, and the Integrated Mobility Plan. Councillors also vote on individual bike routes, such as the North End and West End Bikeways, which were approved at the last council meeting on September 29th, and issues like defunding the police, which impacts the safety of Black, Indigenous, and People of Color (BIPOC) on city streets. The municipal government has a lot of influence on how we move around the city, so we wanted to know what the candidates were going to do to support safe cycling in HRM.

We have organized the answers by district. See below to learn what the candidates in your district are going to do to support mobility equity and prioritize high-quality cycling infrastructure. If a candidate’s answers are not included, it’s because they did not respond to our survey.

We encourage you to get out and vote in the municipal election. To learn more about how and where to vote, visit HRM’s website.

Only one candidate running in this district – did not respond.