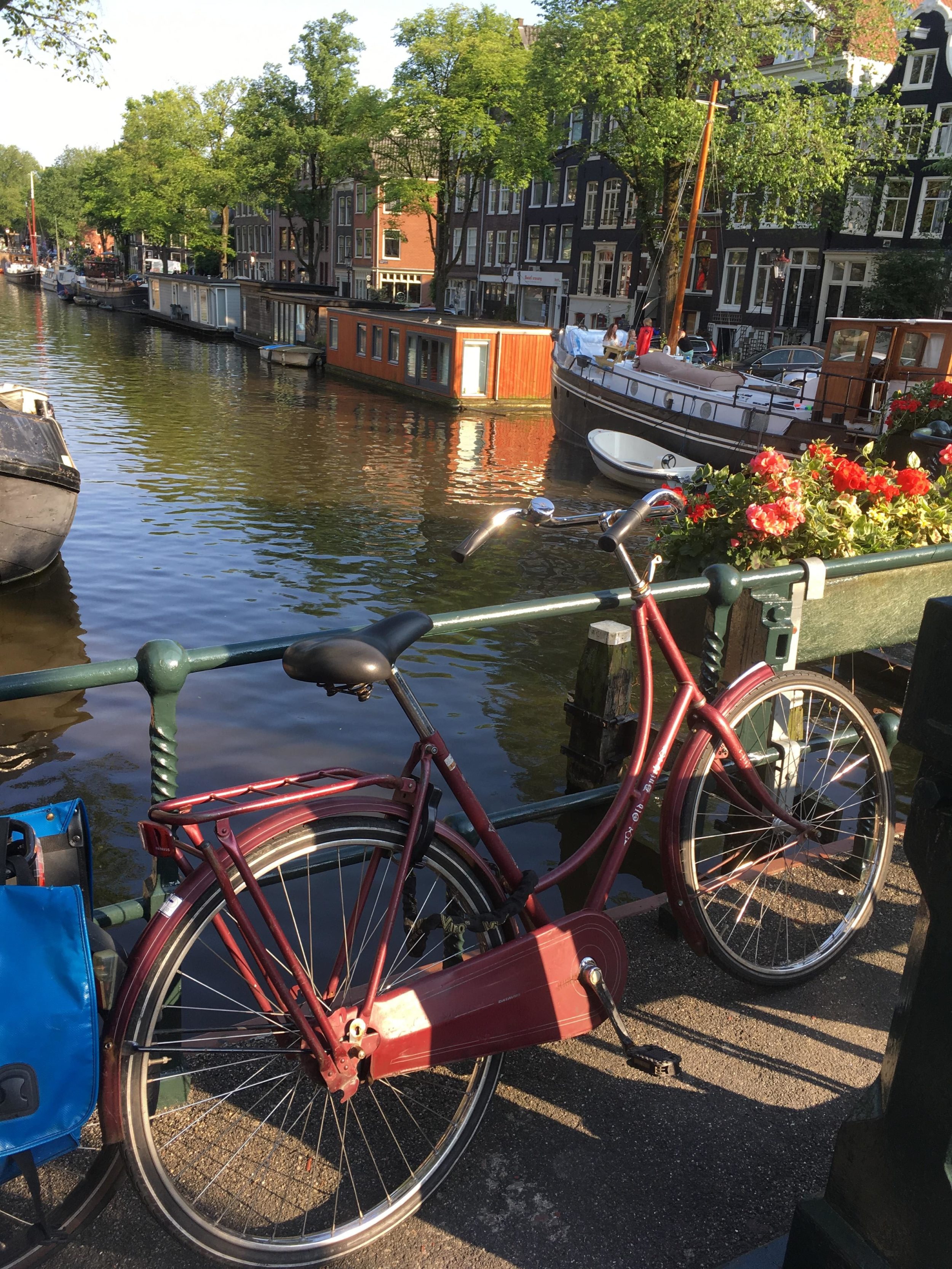 Let me introduce myself; my name is Meghan Doucette and I am the new Executive Director of the Halifax Cycling Coalition. I am passionate about bikes and creating equitable, fun, and engaging cities! I recently had the opportunity to visit Amsterdam and represent the Halifax Cycling Coalition at a conference called ‘We Make the City‘. The trip was filled with formal and informal learning opportunities, which I want to share with you here. 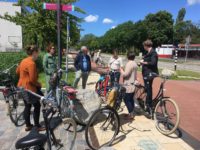 We had the opportunity to participate in a tour of the bicycle infrastructure in the city of Delft with Melissa and Chris Bruntlett of Modacity. Delft is a small city outside of Amsterdam that has a population of around 100,000. Our first stop was the bike parking lot located under the city’s train station, which featured 7,000 bike parking spots with plans to expand for a total of 10,000 bike parking spots. These are publically available bike parking spots in the middle of the city that are underground, out of the elements. A bike lane runs right through the bike parking lot underground for easy access. We then traveled on their network of protected bike lanes and through a protected roundabout, stopping to talk about the infrastructure and how it works. Delft is a beautiful little city that has prioritized people biking by investing in safe and comfortable protected bike lanes and intersections. 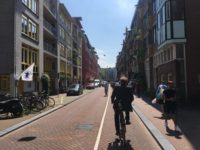 One of the most educational aspects of visiting Amsterdam was simply riding a bike around the city to see how their bicycle infrastructure functions. Coming from Canada and not having biked in any European cities before, the feeling of riding a bike in Amsterdam truly blew me away. Every large street that I came across had wide protected bike lanes on each side of the street, smaller streets had bike priority measures, such as contraflow bike lanes, and narrow streets along the canals were traffic calmed enough that bikes would take the lane and cars would file in behind them. Intersections always seemed to have protected crossings and roundabouts always had protected bike lanes flowing around the perimeter of the roundabout. It was truly a joyful experience to ride a bike in Amsterdam. The most stressful part of riding in that city was the volume of people biking, which is a pretty good problem to have in my books! The quality of the bike infrastructure in Amsterdam gave me a new perspective about what we should be striving for in Halifax as we build out our All Ages and Abilities (AAA) network of bike infrastructure. 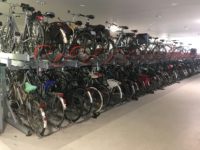 While we are looking for ways to protect public bike parking amidst changes to HRM’s metered parking, Amsterdam has thousands and thousands of bike parking spots throughout the city. Underground bicycle parking can be found throughout the city, which is usually free for a period of time and then paid if you leave your bike past the time limit, to encourage people to not leave their bikes there indefinitely. While we have some impressive indoor bike parking facilities in Halifax, such as the Scotia Square bike room, or the bike room at the Velo Apartments, these are privately owned and you can only use them if you live or work in those buildings. We do not have publicly available covered bike parking facilities provided by HRM, which is a big gap if we want to increase the mode share of bicycling and make it easy for people to choose to ride a bike. An excellent place for an indoor public bike parking facility would be the Cogswell District redevelopment, as it will be centrally located downtown and integrate with protected bike lanes and public transit. 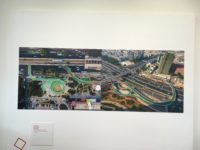 As part of the We Make the City conference, BYCS launched their Bicycle Architecture Biennale to showcase outstanding built environment solutions for cycling. By showcasing excellence in bicycle infrastructure from around the world, BYCS hopes to inspire cities to build the best bicycle infrastructure in their own cities for their own contexts. BYCS mission is 50by30: 50% of all city trips by bike by the year 2030. Can you imagine a Halifax where 50% of trips made on the Halifax Penninsula and Downtown Dartmouth are by bicycle by 2030? I can – but we have our work cut out for us to make that a reality. I am definitely feeling refreshed and inspired by this exhibit.

Overall the trip to Amsterdam was fantastic. I think in Halifax we often hear things like “Yeah but…we aren’t Amsterdam” or “We aren’t Copenhagen”, or even “We aren’t Montreal”, but we need to start somewhere. Amsterdam has been building out bicycle infrastructure since the 1970s so of course, they are further ahead, but that doesn’t mean we shouldn’t aspire to bicycle infrastructure excellence in Halifax. The safety of people riding bikes and our environment depend on it.