Making the Macdonald Bridge accessible to everyone 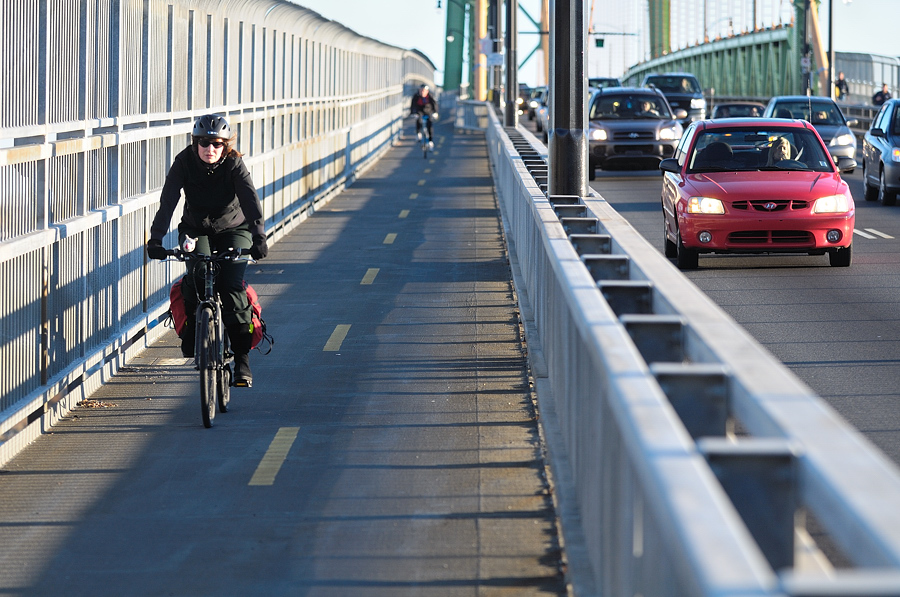 The Macdonald Bridge bicycle lane is due to reopen any day now. For two years, people on bicycles have had to rely on a shuttle bus that is slower and less convenient than the bicycle lane. Worse, since the bicycle lane opened in 1999 only the most fit & daring cyclists could make the trip across, as it features a descent into a gully, an abrupt turn, and a difficult climb up a steep, curving ramp to access the Macdonald Bridge. The Halifax Cycling Coalition has been pushing since our founding in 2007 to build a ramp that is useable by people of all ages and abilities. We believe that we are entering the home stretch in this effort, and need your help to complete this work. 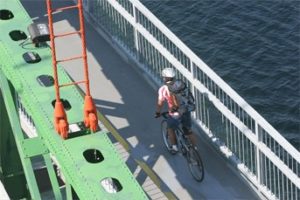 The Halifax Regional Municipality is researching options for a new bridge approach. These options would dramatically improve access for people arriving at both the Halifax and Dartmouth ends of the bridge, improving safety, comfort, and convenience. These solutions are the sort of bicycle lanes that would encourage both children and seniors to ride across the bridge, bringing Halifax and Dartmouth closer together. These fixes are expensive, and are already on track to be completed two years later than promised. We want to hold city staff’s feet to the fire, keeping this important work at the top of the agenda and ensuring the quality of the project is not compromised for the sake of cost or time. Donate today to give us the resources necessary to do this work. 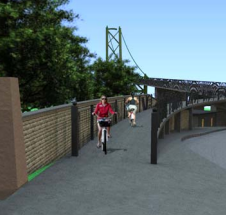 One proposed solution for the Macdonald Bridge ramp

We need $5,000 to sustain our lobbying on this project. Last year, we had the resources to live stream the public consultations for the project, hold several meetings with the consultants and city staff, meet with all sixteen councillors and the mayor to provide feedback on the project, and generate our own reports and alternative designs for staff to consider. We want to be able to sustain the same effort over the coming year, when we expect councillors to vote to continue this extremely important fix.

The Macdonald Bridge is an integral link for cycling in Halifax. A donation of $50 will go a long way to funding the long climb ahead to see a timely construction. Donate today to allow everyone to cross the Macdonald Bridge by bicycle.