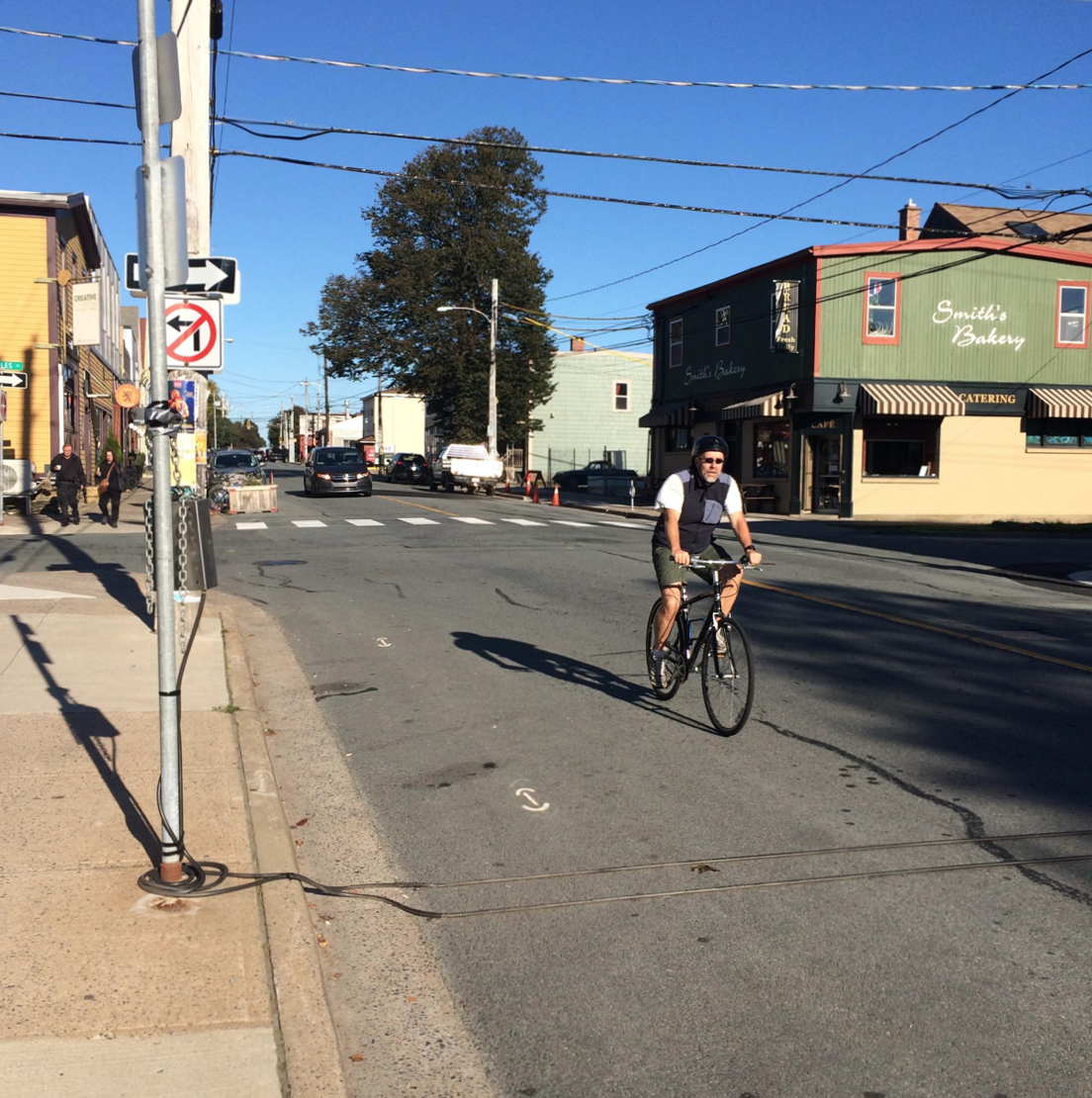 How many Haligonians ride their bicycles every day? Without data, we have no idea. Census data show that a paltry 1.1% of us ride our bicycles to work, but that does not tell us about trips to the grocery store, school, or the park. Vancouver has achieved an ambitious goal of shifting 50% of trips to walking, biking, and transit.[1] They only know how well they did because of their excellent data collection. That data showed that investment in protected bicycle lanes led to more people riding bicycles. Last year, we started collecting reliable cycling data, and the results have been impressive. This data will help us tell the real story of cycling in Halifax: that people are riding, and that safety improvements lead to tangible increases in people of all ages and abilities who choose to ride their bicycles. Want to know what we learned, and how you can help us collect even better data? Keep reading.

This June, we have had three counters operating, one in each direction on University Avenue, and one counting cyclists travelling south on Agricola Street.[2] By June 26th, we had counted 10,729 trips! On Agricola Street, nine percent of rush-hour traffic and six percent of total traffic rides a bicycle. That’s on a street with no bike lanes. Imagine what Agricola Street – and others – would look like if everyone could feel safe travelling by bicycle.

Three counters are not enough. This year we hope to see a counter installed on the Macdonald Bridge to see what happens when the city fixes the bridge approaches, another on the Windsor Street bicycle lane, and at least one in Dartmouth. Data is already allowing us to tell a story: people are riding bicycles in Halifax. This winter we intend to collect data on the Macdonald Bridge and at Dalhousie University, which will help us understand how winter weather impacts cycling in Halifax. All of this data was collected due to hard work that our staff and volunteers have put in over the last few years, building relationships and convincing city staff that installing counters is worthwhile.

Where will data take us?

We want to see a network of protected bicycle lanes in Halifax. That would allow people of all ages and abilities to ride safely from the NSCC Leeds Street Campus to Point Pleasant Park, from Shubie Park to Dalhousie, from the Seaport Market to the Halifax Shopping Centre, or from Woodside to Burnside, and eventually beyond. Vancouver has done it. Calgary has done it.[3] Edmonton has done it.[4] It’s time for Halifax to do it. We wrote the plan, the city is writing their version, and we want to hold them accountable to make it a success. Our data collection will allow us to measure the impact of each change the city is contemplating, like improvements to the Macdonald Bridge approach, a protected bicycle lane on South Park Street, and more. With your support we will continue to push for a connected network of protected bicycle lanes. If you want to live in a city where parents can send their kids to school by bicycle, where seniors have a healthy and affordable way of getting around town, and where you don’t have to choose between your health and your safety when it comes to transportation, donate now.