Options for a protected bike lane on Almon Street 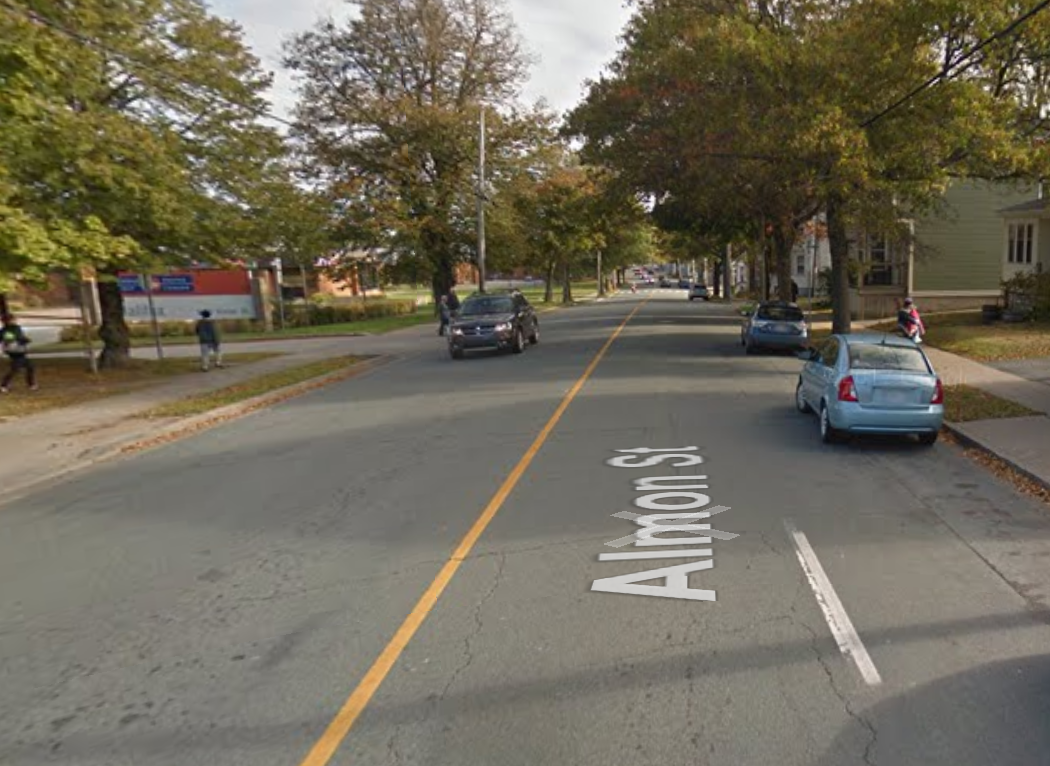 HRM’s Almon Street bike lane discussion tonight  will begin at 6:30pm at the Halifax Forum on Almon Street. Information about the city proposals can be found here.

We hope part of the discussion tonight will provide alternative proposals for Almon Street to include safe bicycle lanes designs for this corridor.  Evidence shows protected bicycle lanes (also know as ‘cycletracks’) rank the highest for safety and preference of users. These bicycle lanes not only increase the number of people riding, but also the diversity of those users in terms of age, health, experience and ethnicity.

In the city’s  Active Transportation Plan, Almon Street is identified as a designated route for a bicycle facility. This plan, which approved by council in 2014, also includes Recommendation #17 that states:

“The municipality should consider protected bicycle lanes where ever there are candidate bicycle routes”.

The narrowest curb-to-curb width on Almon Street is 9.2 meters. According to the NACTO standards this provides sufficient space for two 1.5-meter bicycle lanes on the right side of traffic and two minimum 3-meter travel lanes for motor vehicles.

To create a safer, more comfortable facility, the Halifax Cycling Coalition has proposed additions to the designs from staff on Almon Street. Both of these options protect the person on a bike and make it safer to ride.  Protected bike lanes increase the visibility of the bike lane, reduce the risk of being doored, and prevent illegal parking and loading.

Flexible fiberglass posts are a simple, effective and inexpensive solution to enhance the safety of bike lanes. These temporary posts clearly separate people cycling from people driving, and increase the visibility of the bike lane.  The posts can be placed directly on bicycle lane markings, as seen in Ottawa. 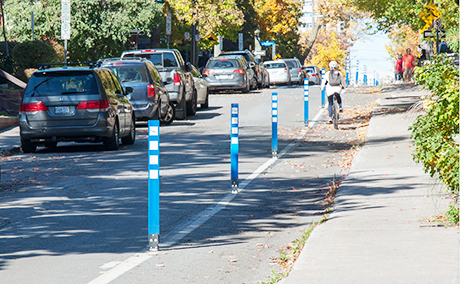 Example from Ottawa, Ontario. Other places in Canada that have applied this design include Hamilton, Victoria, Montreal, Toronto, and Thunder Bay

A more permanent solution is to have raised bike lane on Almon Street.  Similar to a sidewalk, the raised bike lane at sidewalk-level provides vertical separation between bikes and cars. A rolling curb edge would allow vehicles to mount the curb when necessary and provide extra space for an emergency vehicle to pass through. 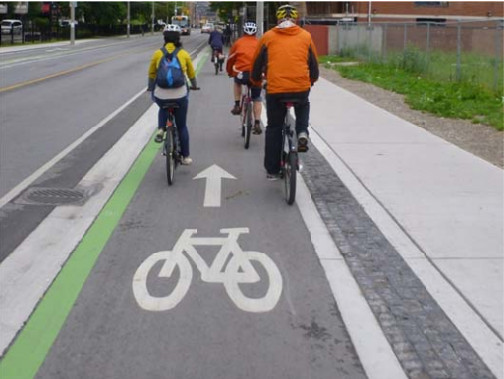 And example of a raised cycle track with a rolling curb in Portland, Oregon.

We need a facility on Almon Street that improves the cycling experience and make it safer for everyone to ride a bicycle in Halifax.

If this topic is important to you don’t forget to share your feedback online by filling out the survey opening  May 4th  and e-mail your councillor and CC: contact@cyclehalifax.ca.