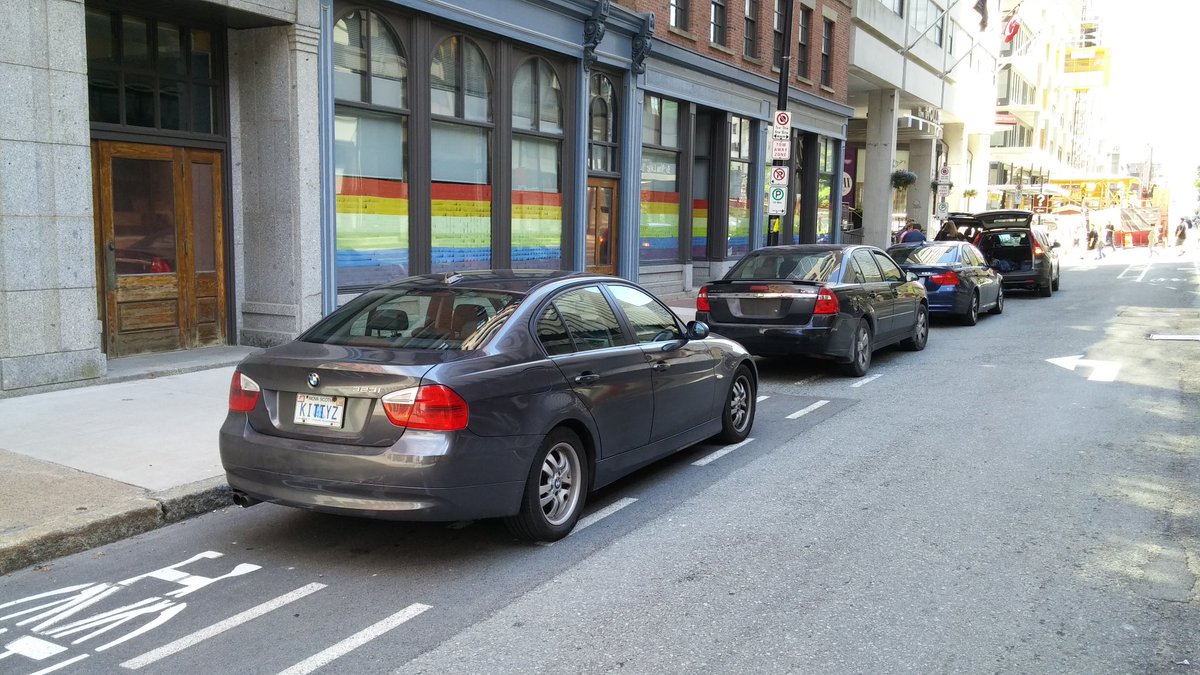 When the bike lane was installed last August, we received a lot of feedback that the design of the bike lane without protection was intimidating for even experienced riders. The Hollis Street bike lane has become a popular stopping zone for delivery vehicles, meaning that riders are forced out of the bike lane and into traffic.

Hollis is just one of several routes that is being considered for a protected bicycle lane, including Upper Water Street which is the northbound counterpart to Hollis Street. It is imperative that Halifax Cycling Coalition and members of the community continue to work with city staff and councillors to ensure that all bike lanes in Halifax are built to the highest standards for safety and comfort of riders.

Adding a protective barrier that separates the cyclist from vehicular traffic is a simple solution that has proven time and time again to improve cycling experience and safety. Read the Active Transportation Advisory Committee’s recommendation for Hollis Street and show your support for protected bicycle lanes in Halifax. Stay tuned for updates on the results of Hollis Street staff report.