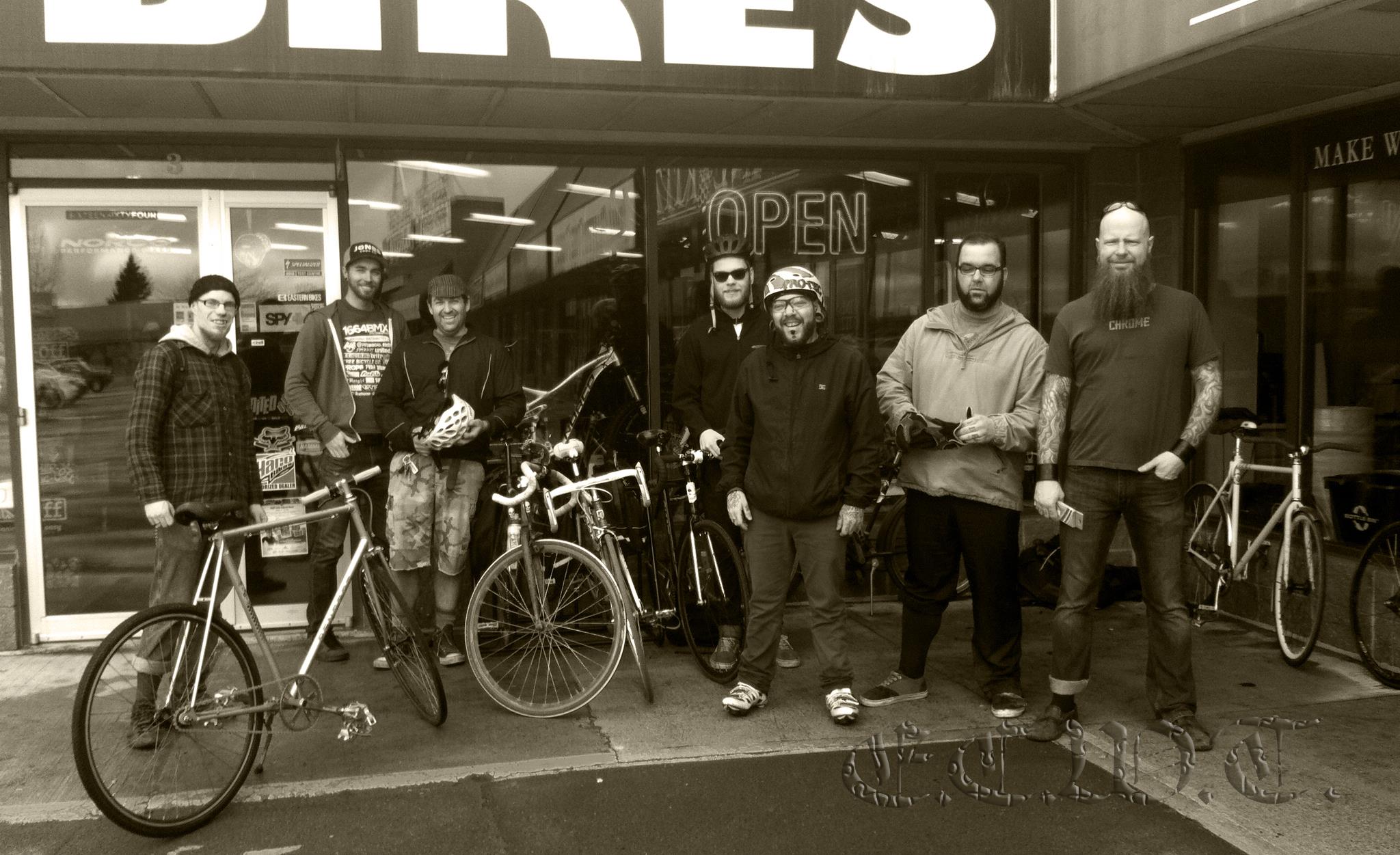 Through the magic of social media, the HCC learned about Ray Brown and his plan to cycle from Moncton to Halifax just in time for the Open Street Party/Bikefest on June 2nd! We quickly sent him an email to learn more about how this initiative started and how we could support his journey (they are raising money for the IWK!). We will be following along in real-time with the ride via Facebook & Twitter, and we hope that you are all able to join us on the commons on June 2nd as we welcome our fellow Maritimers to Halifax.

We hope this story inspires you to get on your bike and go for a ride- whether it’s for 3 km or 300 km! 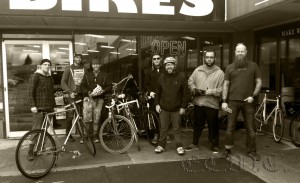 Ray: “My personal motivation behind the trip is, being a former Haligonian (I moved to Moncton in 2000) I’ve realized despite the many times I’ve travelled the roads between Moncton and Halifax, I would like to enjoy the journey at least once and actually take in a little part of Atlantic Canada. People spend thousands of dollars to travel the world but sometimes never really appreciate where they come from. Last year I came to Halifax to run the Bluenose half marathon and it was then that I found out about OSP/Bikefest. I have been in contact with Roger from Halifax Cycle Gallery about the details of Bike Week – and we decided that the OSP/Bikefest was a great way to end this 300km cycling journey.”

Steve Lacelle: “All my life I have been overweight. However, two years ago I fell in love with cycling and made it part of my everyday life, from short rides with friends to getting groceries, and for the past year I have been taking cycling much more seriously*. Then Ray put the idea in my head of this 3 day ride to Halifax and I simply had to accept the challenge to step it up a notch. Plus our friend, Charley, is raising money for the IWK so it made the idea even greater.
[*Steve is being a little modest- he has lost almost 100 lbs in 2 years!]

Sherri Mercer:  “I’m doing the ride because I have never done anything like this at all before, but have always wanted to do a bike tour. This is a perfect opportunity to get my feet wet. I’m not in shape (was off the bike for 4 years) but I will get in shape as I roll… (and Ray will pull me up the hills)”

Charley Baird: “I work for a construction company and I’m always on the road- working on the road leads to eating A LOT of fast foods, restaurant food, and just plain crap for the most part. I have had MANY health issues over the years starting with my VSD at Birth (a serious heart condition that left me with holes in my heart), as well as having adenoids removed, chronic ear infections, appendicitis, and a few other issues. The most recent life changer was a Cholesteatoma, a type of tumor that led to complete hearing loss in my left ear after surgery, and shortly thereafter I was diagnosed bipolar, which has had a serious negative impact on my life up to about the same time I got involved with E.C.W.T. Thankfully, I was motivated by this great group at E.C.W.T., by their love of bikes and their exercise regimes- it has kept me active all winter and in a positive mindset. After hearing that Ray planned this trip and invited other E.C.W.T. members to join him- I felt compelled to do this trip. Once again it boosted my motivation to get out there and be active. Finally, I wanted to do a cross Canada fundraiser ride for the IWK Hospital in Halifax, which has always been a positive part of my life. This trip from Moncton to Halifax is the start of that fundraiser ride. I have been invited by the IWK to bring the group to the telethon which is happening the weekend we arrive in Halifax. While I haven’t had time to plan all the details of the fundraiser, I am looking at this year as the start- next year will be even bigger and better!”