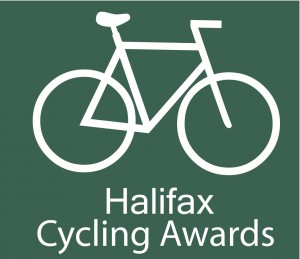 The first annual Halifax Cycling Awards were presented during Bike Week 2011. The recipients were:

Bob White, for his leadership, commitment and good humour in attracting more people to cycling;
CBCL Limited, for making it easier for their employees to cycle to work and for advancing cycling in their professional practice;
Downtown Dartmouth Business Commission, for taking the initiative to provide bike parking and promote cycling as part of developing their
commercial district; and
Halifax Harbour Bridges, for prioritizing sustainable transportation in their planning and operations, and supporting cycling outreach and
education projects.

Congratulations to the winners and a big thanks from the Halifax Cycling Coalition for your commitment to cycling in Halifax Regional Municipality.

Recipients of the 2011 Halifax Cycling Award: 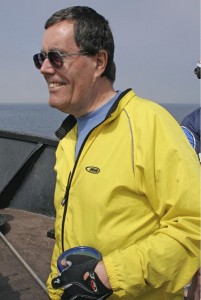 Bob has been cycling for over 40 years. He is a retired banker, cycles all year round and averages about 10,000 kilometers per year on his three bikes and was a long time member and Past President, VP / Tour Planner of the Velo Halifax Bicycle Club.

In 2007, Bob founded the Nova Scotia Ramblers, a revitalization of the old Halifax Ramblers bike club that existed in the mid 1800s. That spring of 2007, four people gathered on a showery day at Grahams Grove in Dartmouth as a result of a notice Bob posted around in local bike shops and anywhere he thought would attract attention. That group of four had grown to 175 by 2010. In the early days, Bob would promote the club by approaching any likely cyclist he saw along the way to tell them about the Ramblers and encourage them to join. Soon this became unnecessary as the spark of interest lit by Bob took fire and the concern changed from recruitment to having too many members to manage!! As a result of Bob’s initiative a great many people were reintroduced to cycling while others found a way to expand their cycling in a friendly, suitably paced social atmosphere. There was a need. Bob saw it, and he stepped up to fill it.

Bob is actively training the Ramblers in basic cycling maintenance and proper on-road cycling and has led countless tours for the club. Bob led his first bike tour over 50 years ago, and has accumulated well over 1,000 tour days since.

In 2008, Bob was a founding Director and Treasurer of the Halifax Cycling Coalition and served on the committees of HRM Bike Week as well as “Craigs Cause” a fund raising initiative for the Pancreatic Cancer Society.

In April 2010, during a -10 degree but sunny weekend, Bob became a CAN-BIKE instructor and since that day, Bob has ‘formally’ trained over 70 people in CAN-BIKE and countless others during his Lunch ‘n Learn courses during Bike Week.

Through all this, Bob was Vice President of Touring and Trails on the Bicycle Nova Scotia board for four years and has been a catalyst for growth and change at BNS. Most cyclists in HRM know Bob White; his personality, his enthusiasm, and his dedication to cycling makes him well-respected and well-loved. 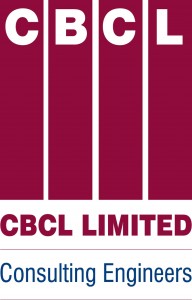 Amongst other sustainability initiatives CBCL encourages cycling to work by providing indoor & outdoor bike storage, showering facilities and extending the employee fitness incentive to include bicycle maintenance. The indoor storage is easily accessed and close to one of the showers. Four outdoor bicycle racks are highly visible and immediately adjacent our main entrance and they have successfully worked with HRM to add another four nearby! Of their 170 staff, 25 employees, or 15%, commute regularly by bike.

“Knowing I can park my bike and child bike seat in a safe indoor location on a rainy day or when working after hours, oftentimes makes the difference for me between biking to work or using the car”, says CBCL employee Steffen Kaeubler.

As Consulting Engineers and Planners with a responsibility to the public in general, CBCL is proud to be a part of many community and municipal design projects that directly impact the citizens of HRM.

For example in 2001 working with a steering committee made up of stakeholders from the municipality, the bicycling community, as well as the Halifax–Dartmouth Bridge Commission, CBCL explored several possible solutions to the access/egress problem at the head of the Macdonald Bridge bike path in Halifax. In 2005, they worked with the Beechville Lakeside Timberlea Rails to Trails Association and HRM Real Property and Assess Management in the development of a 2-km active transportation/commuter trail around Bayers Lake. Although never constructed, it was the first AT trail design of its kind within HRM.

CBCL’s buildings design teams are also often in a position to promote facilities for bicyclists in new and renovation building projects. They take this opportunity seriously and have successfully advocated for bicycle facilities beyond the requirements of the LEED® system. For clients who are receptive to promoting cycling they advocate that they go beyond LEED® and provide both indoor and outdoor racks for more than the minimum of 5% of Full Time Equivalent employees, as well as provide conveniently located shower and locker facilities.

This advocacy, for themselves and their clients, coupled with numerous multi-use trail design projects and planning studies throughout Nova Scotia (like the Active Transportation Plan for the Municipality District of Lunenburg) are an indication of CBCL Limited’s commitment and experience in providing safe and enjoyable conditions for cyclists. 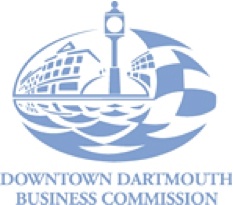 By sponsoring the 2011 Bike Rack Design Competition, the Downtown Dartmouth Business Commission exemplified leadership in encouraging the connection between cycling and a vibrant downtown business area. The winning design for the bike rack competition will be built on the north-east side of the Dartmouth Ferry Terminal.

Aelyn Murphy, a student at the Halifax Independent School was the successful applicant for her design Splash. Six Splash racks will be installed at the Dartmouth Ferry Terminal this summer and The Waterfront Development Corporation Ltd. announced on May 27th that it will purchase six more units for the Halifax waterfront! Local blacksmith Scott Hamlin of Scotian Ironworks built the racks with assistance from welder and boilermaker Dean Logie.

“Downtown Dartmouth continues to grow as a prime location for people to live, work, shop and play and this bike project compliments the active lifestyles in our community; we are proud to be partners with HRM in this exciting new project.” said Tim Olive, Executive Director.

Downtown Dartmouth continues as one of the region’s major retail and commercial growth centres. It has developed, over many years, a unique environment which is attractive as a place to live, work, shop and play, and to raise a family in a safe and wide ranging, multicultural supportive community.

Halifax Harbour Bridges has been a key supporter of cycling in Halifax over the past decade. The Macdonald Bridge Bike Lane was constructed in the late 1990’s and has made a huge difference for cyclists. HHB has engaged the cycling community in their planning activities, and has been a leader in supporting outreach and education projects to promote cycling.

HHB has a strategic goal to become a recognized leader in the pursuit of sustainable transportation demand management solutions. HHB aims to meet both present and future transport needs by utilizing innovations that change travelling behavior for the better of the environment.

In March 2008, HHB released a Cross Harbour Traffic Needs Assessment that shows if we continue to travel in single person vehicles we will need a third harbour crossing sometime between 2016 and 2026. HHB has already begun work to delay this need by investigating and promoting sustainable transportation solutions, including increased cycling and walking.

The HHB has actively engaged the community on longer-term sustainable transportation solutions by hosting five workshops to discuss the results of the Cross Harbour Traffic Needs Assessment.